Signs You May Have Sleep Apnea 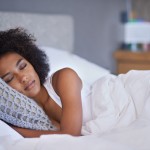 is a fairly common condition that causes people to stop breathing for short periods of time throughout the night. While the condition is quite common, many are unaware they even have the condition. When left untreated, serious and potentially deadly complications can develop. Most often, the person with the condition isn’t the one who notices they have the apnea symptoms. It’s usually a spouse or family member. As a result, it’s important to learn the signs of sleep apnea to not only recognize the symptoms for yourself but for those you love as well.

What is Sleep Apnea?

The interruptions in breathing while sleeping are usually caused by an obstruction in the airways, known as obstructive sleep apnea. This is due to the soft tissues in the back of the throat essentially relaxing, causing the airway to become narrow and obstructed. Another form of apnea is central sleep apnea, which results in the central nervous system functioning improperly. Incorrect brain signals cause the muscles responsible for breathing to malfunction, causing interruptions in breathing. Some experience complex sleep apnea, which is a combination of both of the previously mentioned forms.

No matter the form of apnea present, it results in pauses in breathing that can last as much 20 seconds and happen numerous times per night. This impacts your quality of sleep, which will eventually take a toll on your ability to perform and function throughout the day. The pauses in breathing also increase the risk for other medical conditions, like high blood pressure.

Apnea can easily be treated upon proper diagnosis; therefore, it’s important to learn the symptoms of the condition for early intervention.

The pauses in breathing may be difficult for someone with apnea to notice, but there are clear signs apnea may be present. Among the most common symptoms include loud, chronic snoring that may occur nightly. Often, those with apnea will stop snoring during the pause in breathing, then wake up choking, gasping or feeling short of breath. The lack of quality sleep often causes fatigue during the day, which can also cause difficulty concentrating, irritability and depression. Some with apnea may experience insomnia or frequent waking at night, often to use the bathroom or from dry mouth or sore throat.

While apnea is more common in adults, children can suffer from the condition as well. Children with apnea often snore or have strange sleeping positions. Others may wet the bed, sweat excessively at night or have night terrors. Often, children will be overly tired or moody throughout the day.

At Distinctive Smiles of Dublin, we offer treatment for apnea. Dr. Buck will properly diagnose to establish an effective treatment plan to decrease the pauses in breathing, lowering your risk for additional complications. He’ll help promote a restful night’s sleep so you can get back to enjoying your day with increased alertness, mood, and energy.

If you suspect you may have apnea, contact our office today to schedule an appointment with Dr. Buck.

Comments Off on Signs You May Have Sleep Apnea